...after having the same discussion with her parents and aunt, Muriel says, "Die frauen soccer fur Olympics..." and they all said in unison, "OHHH!!!! Die frauen soccer fur die Olympics!" And they all looked at me as if to say "Why didn't you say so, cock?" Ah the wonders of language. Jeffrey called me to apologize for POP.com closing down and to thank me for all the hard work I put in on Morto. It's nice to have acknowledgment that one is appreciated. That usually quells any dissatisfaction one might have with one's job. Unless you're a real hard case or just want to get the fuck out. Obviously the gas strike has ended, otherwise we wouldn't be here in Spain. Breakfast has arrived. What?! Gnocchi?!! 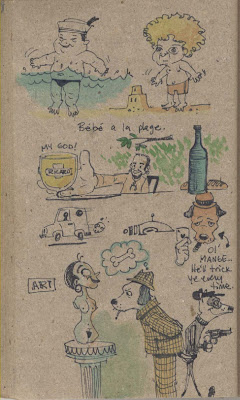